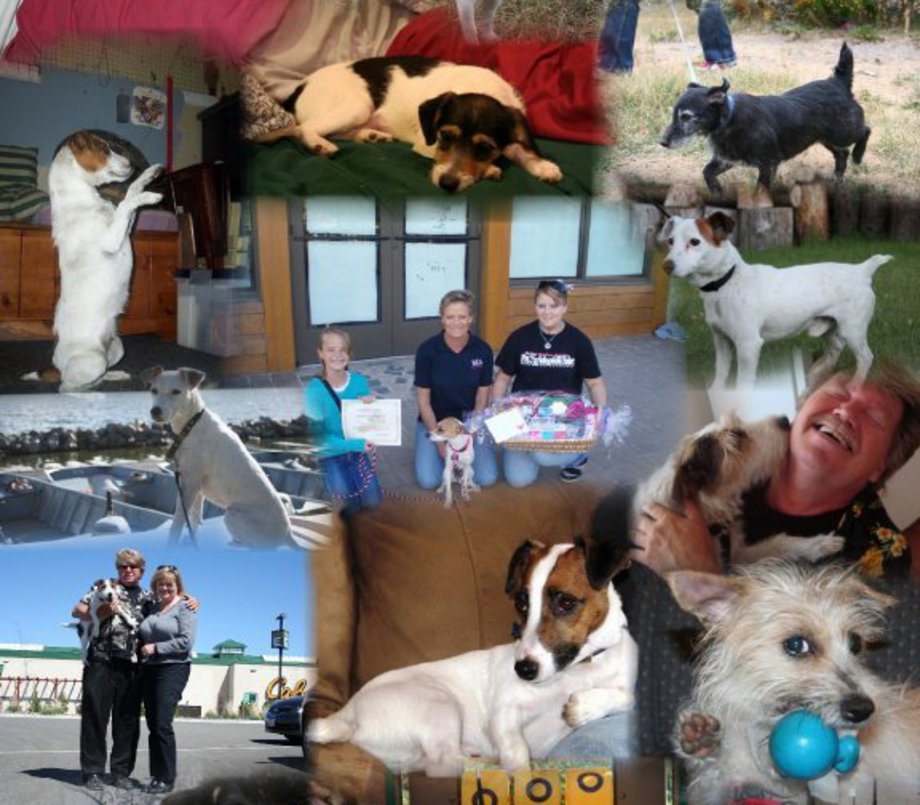 Loved ones, friends, and fans call him Skyler

I rescued Skyler from a high kill shelter in 2006 and estimated him to be about two years old. His kennel card at the shelter had him listed as a Female Rat Terrier, when it was obvious he was an unaltered male. Sadly mistakes like this are common in shelters throughout California. I believe mistakes like  this are due to the large number of animals entering the shelter system on a daily basis.

Skyler has a long stride due partly to his long legs. I took  him to his first Jack Russell Terrier Club of America (JRTCA) sanctioned trial in 2009. I entered him in the Racing Division. Due to the fact that he exceeds the height limit allowed by the JRTCA I raced him in the “Outlaw” classes. On the first day of the two day trial Skyler proved he had the speed it takes to be one of the first ones to reach the end of the racetrack. But the winner of each race is the first dog through the hole. The closer to the hole the dogs get, they begin to form a sort of funnel and sometimes several dogs try to push their way through at the same time. Skyler was always one of the first dogs to reach the end of the track, but rather than pushing his way through the hole he would wait until all the dogs were through and then trot in all by himself!

I’m grateful for Skyler’s non aggressive attitude. He helps me rehabilitate the Jacks with behavior issues that have come through my rescue. Skyler doesn’t have a mean bone in him. He thinks every dog he sees wants to and is supposed to play with him; but they need play gentle with him. He avoids confrontation from other dogs.

I have been training Skyler to play flyball for several years and I am still waiting for the light bulb to come on for Sky.  In all honesty, I haven’t been consistent with his training due to personal and my family health issues.

Skyler continues to improve his flyball skills, and I am willing to be diligent and patient for as long as it takes. Skyler has earned the following titles from North American Flyball Association (NAFA) FD, & FDX (Flyball Dog and Flyball Dog Excellent respectively) having earned a total of 251 points. For the United Flyball League International (U-fli) he has earned 90 points.

Skyler is a great addition to my family, is wonderful to take places, and behaves well in public places. I believe Skyler is a good Ambassador for the breed. If I had to say anything negative about Skyler it would be that he sleeps under the covers taking up more room than he needs, and enjoys either sleeping late in the mornings or at least being the last one out of bed. These two things don’t bother me and I’m glad I rescued him!